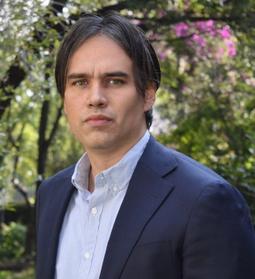 I empirically analyze how banks reallocate capital across lending markets following funding shocks. I exploit a new source of quasi-experimental variation in bank funding from lottery winners. Exposure to jackpot shocks leads to a significant increase in both deposits and lending at the bank level. Funds are transmitted across markets, but allocations are five times greater in the state in which the shock occurs. Features of banking regulation (Section 109) negatively affect fund mobility and loan performance. These results suggest that state boundaries matter for capital mobility in part because of regulatory distortions.

​
​The ''Jackpot'' Question: How Do Cash Windfalls Affect Entrepreneurial Activities? (with Jacelly Cespedes and Xing Huang)

How do cash windfalls affect the entrepreneurial activities of typical entrepreneurs in small firms? We use a novel setting that exploits the bonuses retailers earn when selling jackpot-winning lottery tickets. An additional $100,000 increases revenues by $36,561 and employment by 0.87. Large windfalls spur new business creation in non-retail industries, which is associated with the closedown of existing businesses. Consistent with wealth-effects and financial-constraints, the effects are stronger for owners without real properties or in low-income areas. Allowing non-linearities in the effects of cash windfalls, we further separate these two channels and document a pecking order in entrepreneurs' growing decisions.

We examine how wealth losses impact the type and quantity of jobs individuals pursue, and the short- and long-term consequences of these shocks on career trajectories. Using a novel dataset, we compare film industry workers in the same county and occupation but with different exposure to local house price changes. Homeowners who experience greater losses reduce their participation in films with award-winning cast and crew, films that are positively rated, and films that win awards, but they increase involvement in small productions. These losses also have adverse long-term consequences on the probability of landing leading roles, individuals' popularity, and film quality. Renters are not affected by these shocks indicating that local labor demand changes do not explain these results. Our findings suggest that during the Great Recession, several individuals could not use housing wealth as a safety net, which in turn impacted their career paths.​

The Effect of Principal Reduction on Household Distress: Evidence from Mortgage Cramdown (with Jacelly Cespedes and Clemens Sialm)
Funded by NBER-HF Small Grants Program
Mortgage cramdown has been proposed as a mechanism to avoid mortgage foreclosures in times of crisis. In this restructuring, the underwater portion of the mortgage is treated as unsecured debt and can be discharged during Chapter 13 bankruptcy. To quantify the ex-post effects of bankruptcy discharge in cramdown courts, we use a new dataset of district courts that allowed mortgage cramdown over the period from 1989 to 1993. We take advantage of the random assignment of cases to judges who exhibit significant differences in leniency. We find that a successful bankruptcy filing in cramdown courts reduces the five-year foreclosure rate by 29 percentage points and reduces the number of moves post-bankruptcy. Principal write-downs explain the vast majority of the reduction in foreclosure rates.

We assess the magnitude and mechanisms of workers’ productivity spillovers by estimating the peer effects among those working in the same occupation across firms using the setting of security analysts. The empirical design exploits one feature of social networks: the existence of partially overlapping peer groups. This refers to analysts who cover similar industries but not exactly the same group of industries, which generates peers of peers (excluded peers). This allows the identification of both peer characteristics and peer outcome effects. In addition, to deal with common group shocks, the exogenous characteristics of excluded peers are used as instruments. We find strong evidence of spillovers in terms of peer outcomes and characteristics. In particular, peer accuracy is positively related to analyst accuracy, while the number of industries followed by analysts' peers negatively impacts accuracy. In terms of the potential mechanisms that account for the spillover effects, we find that the effects are stronger when analysts see their peers performing well and that besides imitation, knowledge spillovers also help explain the results.